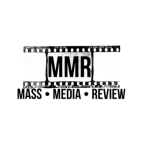 UFC 274 is just around the corner and the hype has continued to rise. The exciting MMA Pay-Per-View is hosted at the Footprint Center in Phoenix, Arizona with the main card set to begin at 10:00 pm ET / 3:00 am BST.

UFC 274 will be Oliveria’s second title defence after first capturing the belt against fellow card member Michael Chandler and defending it against Dustin Poirier in 2021. However, “Do Bronx ” has not always been known as the hard-hitting submission artist but rather the fighter who had quit in him. The quitting narrative stems from his loss against now-commentator Paul Felder whose vicious grounded elbows caused the Brazilian to tap out – only for the referee to miss it. But to some, the quitting mentality never leaves a fighter but a 10 fight winning streak including 9 finishes may obliterate this discourse.

The number one contender, Justin “The Highlight” Gaethje will be wanting to put the champ’s chin to the test. The 33-year-old devastator is dubbed by most as the hardest hitting lightweight on the planet and his 19 KO/TKOs in 23 fights is evidence of just that. Since his loss to 155lbs GOAT Khabib Nurmagomedov, Gaethje has returned to winning ways when he put on the fight of the year in 2021 against Michael Chandler.

This fight is seen to be one of the biggest mysteries in MMA. Can Gaethje end the champ with his trademark power, or will the champ prove the doubters wrong once again?

The co-main spot features a rematch between “Thug Rose” and previous victor Carla Esparza. The first fight occurred in 2014 when the two fan favourites faced off on the finale of the UFC’s Ultimate Fighter reality show. “Cookie Monster” Carla caught Rose in a rear-naked choke in the third round to win the bout and will plan to recreate the win this weekend.

However, this is not the same Rose from back then. Since then, she has collected quite the resume with wins over Joanna Jedrzejczyk (x2), Jessica Andrade and Weili Zhang (x2) just to name a few. The 11-4 fighter will be wanting to prove that she’s arguably the greatest strawweight in UFC history with a redemption win over her opponent and to live up to the newly given nickname “Re-Match Rose”.

The challenger has seen less attention in the UFC spotlight but has certainly earned a title shot nonetheless. Currently riding a 5 fight winning streak including a TKO win over Xianonan Yan last May, Esparza will be wanting to cause an upset and to walk down her wedding aisle (which is just one week after the fight no less!) as the newly crowned champ.

This is undeniably the people’s main event. Both fighters have seen better forms in their respective careers and will be wanting to win in the most fan-friendly way possible.

Chandler, despite being 1-2 in his last 3 fights, has established a trademark style since joining the organisation – to fight at 1 million miles per hour. The best example of this would be to revisit his win over Dan Hooker in early 2021, in which “Iron Mike” stalked his kiwi opponent before slamming a powerful overhand, winning the fight in the very first round. But since then, Chandler has received over 130 heavy strikes and taking plenty of damage doesn’t happen without its consequences, and that is something Tony Ferguson will be willing to bet on.

Tony, who’s enduring a 3 fight losing streak, has lost his fights in a slightly different way to his upcoming opponent. Bar the Gaethje beat down, the Mexican-American lightweight has spent most of his time on the ground in a grappling battle as opposed to a striking one, allowing his chin to restore. To most, consecutive losses are something to worry about, but to those familiar with Ferguson, you’ve come to expect the unexpected. If (and a big IF) Tony can return to his kamikaze mindset, we could see a battle for the ages. This was a fighter who has been on a 12 fight winning streak before after all. – CSO – .

It’s expected that the winner of this bout could fight Dustin Poirier.

Another rematch on the card between two legendary light heavyweights, batting out in a retro style brawl. Despite being adored by the fans, it is assumed that this will be Rua’s last fight.

Similar to the fight previously mentioned, this fight also features two veterans of the game who look as if this will be their last fights in the UFC. Regardless of the result, we expect an emotional send-off featuring two fighters that have given their all to the leading fight organisation.

Fights to look out for

Randy Brown* vs Khaos Williams
Andre Fialho vs Cameron Vancamp.
An exclusive interview with Randy Brown on CurrentMMA’s youtube channel can be seen here.
**As of the official UFC 274 weigh-ins, Charles Oliveria has been stripped of his UFC Lightweight title due to missing weight. Therefore a win for Oliveria will produce a vacant title whereas a win for Gaethje will make him the champ.